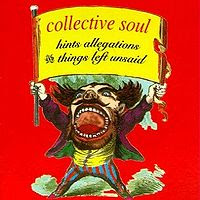 Once again Limbaugh has put himself at the forefront of the political stage with his comments regarding his desire to see Obama's policies fail. And once again folks are eating this up, noting that this mentality is indicative of the "hate" and "racism" of the Republican party. Where is the unbridled support for the President that folks like Bill O'Reilly demanded while Bush was in office? Where is the "patriotism" defined by supporting your president?

Thankfully this gives us another opportunity to unmask the guest and to see that they are the wolf. As ridiculous as O'Reilly and Rush were when Bush was in office, with respect to their rants on patriotism and support, we now see the Democrats following the exact same path markings. Simply put, if you disagree with a policy based on it's presumed outcome you will want it to fail. Success of the policy does not equate to Success on a grand scale. If you successfully sleep in and get fired, what is gained from your success?

Racism, patriotism, ungoldy etc, are all great buzz words to keep the worshipers at the Party Church dancing in the aisles and throwing money into the offering plate. If you really want to see ignorance racing for the finish line then watch clips of yesterday's The View as the lot attack Rush's comments. What you will see is cherry picking and limited contextual reading of what actually was said.What we see here isn't a matter of saying "I disagree". It is more a matter of attacking the person and focusing in on words that are incidiary. As long as citizens of this country continue to react to comments, specifically as they are framed by people coming to you from the "idiot box" or the "talking box", rather than taking the time to evaluate the comments in context we will continue to be blindly giving up ourselves to the big government machine.

Your party will not save you. They are merely mortal men and women who want a job. What is your economic theory? What is your ethical position? To what degree do you actually understand political philosophy? International relations? Do you actually understand the consquences of the decisions being made or are you caught up in the person making them and the way the ideas make you feel? Just because someone's skin color is the same as yours, gender is the same as yours or defines themself by a religous label doesn't mean they actually "relate" to you or have anything in common with you.