Josh McTiernan told me to "just write"...so I am.

The world assumes a different tilt when you look for the story behind every second that falls from the clock's face. My son has become a victim of this approach. He politely and patiently sits in the dark brown recliner while I share my thoughts on cause and effect, explaining that decisions we make directly or indirectly represent who we are. This leads into my excitement for his final three years of high school and the new experiences he (we) will encounter. With surgical comic precision he responds:"You do realize you aren't going back to school?".

The day has, thus far, consisted of My Boys, the end of American History X and now Jarhead. I am reminded of how much I enjoy the acting of Peter Saarsgard and Jake Gyllenhaal. Could it be something with the double letter last name connection? What I do know is Jarhead allows me to forgive Gyllenhaal for Prince of Persia.

While we know the hell that is our backyard awaits attention, and therefore the DVR will secure Jarhead for later consumption, there is difficulty moving from entertainment to responsibility. Evan, at least, has moved to the piano. I'd like to think my writing constitutes some form of progress.

Early on in the movie three things grabbed my attention. First, how happy would my wife be if I were as fit as Gyllenhaal? Hell, how happy would I be? Second, Saarsgaard's voice and stare manages to make the least significant dialogue seem fatally critical. Lastly, and more importantly, the significance of scene in which the soldiers depart the airplane after landing in Iraq.

The sequence begins with the soldiers watching a film on base. They are informed some will be shipping out to Iraq. We then see them sitting on a commercial airliner, in comfortable seats, being waited on by attractive flight attendants. As they disembark they pass by the flight attendants who tell them "Goodbye now. Good luck now."

In his book The Horrors We Bless: Rethinking the Just War Theory, Daniel C. Maguire writes:

Adding to the dumbness here is the fact that in the Revolutionary War, the Americans took lessons from the Indians and adopted guerrilla tactics. As one New Englander wrote in 1677: "In our first war with the Indians, God pleased to show us the vanity of our military skill, in managing our arms, after the European mode. Now we are glad to learn the skulking way of war." The "skulking way of war" is precisely what we faced in Iraq and "the vanity of our military skill" is again revealed. We had forgotten the lessons learned in early America.

How are we preparing our children? Too much entertainment permeates our days and the incidents of Saturday afternoon remind me of my guilt: my bloody hands. There are realities we try to mask and situations we hope will take care of themselves. From his comfortable chair my son wants a "good luck" from his father. He doesn't want to hear about battlefields that await him.

Why isn't arrogance listed as one of the top causes of death in America?

I am stupid because of my frustration as he casually dismisses me. That stupidity is compounded in my efforts to make these "lectures" more palatable. What lessons am I learning? With the wealth of information freely available I remain uneducated. With experiences presenting themselves daily I touch with the devil's hands. What I wouldn't give to "piss myself" from a challenging experience.

The lawnmower is now humming, first softly then louder, as Evan pushes it across the tall grass and weeds. I know it isn't his work ethic that has inspired his grooming of the landscape. He needs money for this evening's date.

Now the memory is stronger.

Weekends as a teenager spent in the blazing sun to earn money for prom. I went into it with a single purpose but eventually learned to take pride in my labor. For that I needed the experience, facilitated by a firm push from my parents.

Suddenly I am pushed. My wife, Kerry, asks how much longer Jarhead will be playing. I tell he it is almost over but that I am more focused on writing. She reminds me the day is slipping away from us and we have tasks needing attention. "I just need to get out of this hole." says a character from the television. Perfect timing. 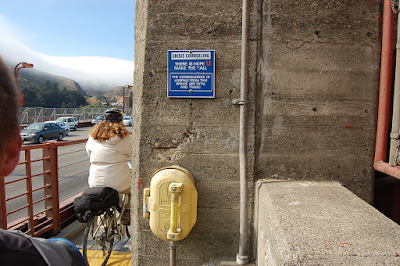