We carry with us a burden. Trivial to some, yet for others a guilt that stems from knowing friends and family have wasted money. I am referring to the risk of recommending a movie. Years ago I put my reputation on the line by suggesting Zoolander to any friend who would listen. The backlash from some caused a severe lack of trust in my movie tastes.

The trip to Santa Cruz from San Francisco would go the route of Pacific Coast Highway. Being the only family member who had been out West, I had experienced this route but only in Southern California; from Oceanside to Huntington Beach. There was concern that my touting of the beauty would be lost on my wife and children considering my descriptiveness was not from direct experience. Once again my credibility was at risk.

Our lateness of arriving in Santa Cruz was a direct result of the many stops to photograph and experience this new landscape.

It is surely cliche to speak of the beauty painted by mountains and sea while driving the coast but coming upon Pacifica, CA you are struck by the majesty. 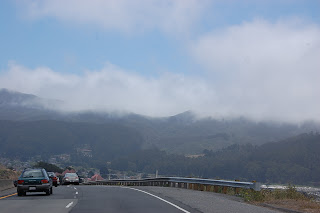 Coming over the hill you are welcomed by a small patch of beach which had a number of residents enjoying the surfers and sand. 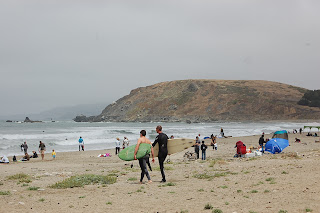 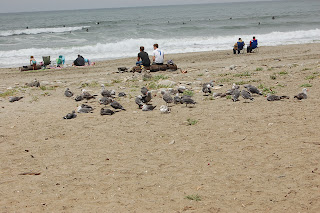 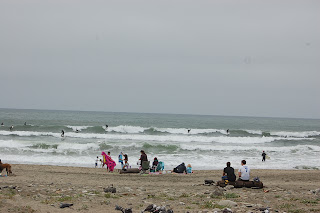 My daughter and I took up residence on the wall separating sand from pavement, I coveting the skill of those in the water while she balanced, while my wife and son ventured into the oasis that was Taco Bell. Possibly the most architecturally beautiful Taco Bell I have ever seen, the aesthetics were overwhelmed by the pure function. Even a Florida resident knows how great is one's hunger after a day of physical, or less than physical, beach activities.

There seemed to be a great respect by those who would pass through its doors or address its pick-up window (for those with sandy feet) as both the inside and outside were very presentable. Though not photographed out of respect, on this day you could find a large Quaker family enjoying Bell eats on the deck overlooking the ocean. My son enjoyed his soft taco from a window seat inside. 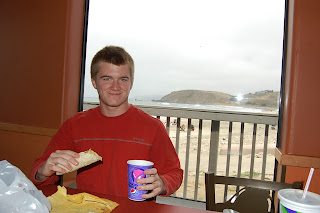 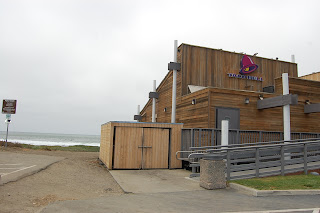 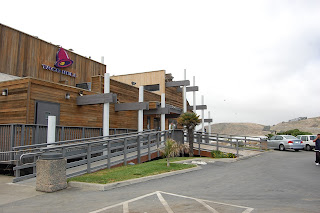 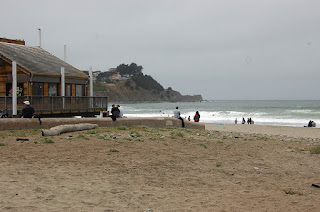 My daughter would walk to water, experiencing the cold Pacific Ocean. We would talk about the varied cultural and economic backgrounds represented by wetsuit and board. Maybe I had put myself in a specific mood or maybe it was the atmosphere itself which prompted my state...I did not care. I lifted my daughter on my shoulders and allowed all senses to absorb what they may. "Could I live here?", I silently asked. Of those around me, I wondered who did. Leaving sure was hard. 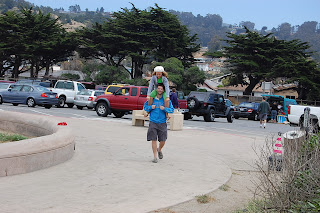 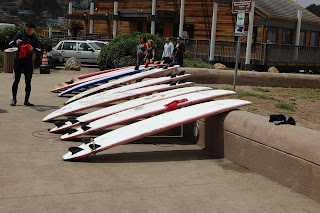 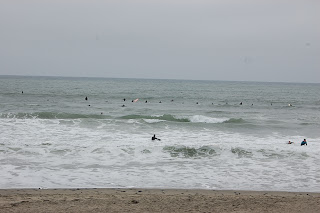